What Is Degenerative Myelopathy?

Canine Degenerative Myelopathy (DM) is a progressive disease of the spinal cord and ultimately the brain stem. The closest human equivalent is ALS, also known as Lou Gehrig’s disease. The same gene mutation is implicated in both diseases.

The cause of the disease is linked to a genetic mutation in the SOD1 gene. The mutated gene has been found in 100 breeds including Corgis, Chesapeake Bay Retrievers, Irish Setters, Boxers, Collies, German Shepard Dogs, and Rhodesian Ridgebacks.

The disease typically appears at between 5 and 14 years of age depending on the breed of dog, but MOST dogs are at least 8-9 years old. It is unheard of to be younger than 5 years. 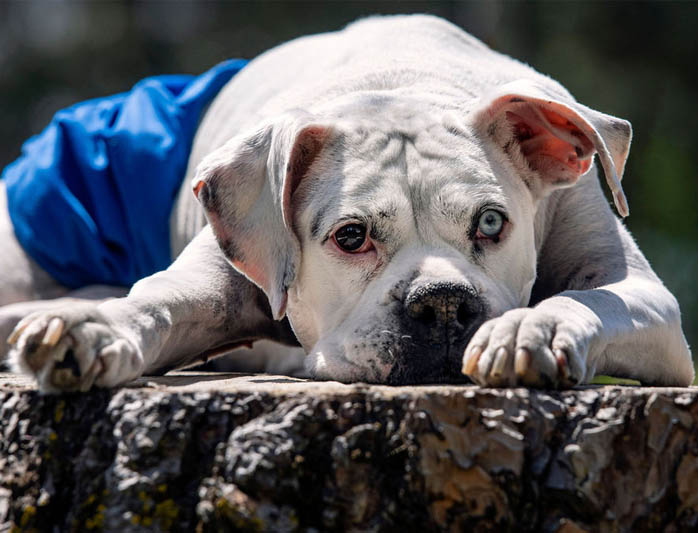 The disease can be avoided by only buying from ethical breeders who do genetic testing and do not pass on the mutated gene onto the litter.

Degenerative Myelopathy has a slow onset of weakness. It is not uncommon for the signs to progress slowly, plateau, and then start to progress again. These symptoms often begin in one rear leg and then eventually involve both rear legs as the disease progresses; alternatively, it could affect both rear legs at the same time.

DM symptoms can look like other ailments such as arthritis, hip dysplasia, spinal issues. It is important to work with a veterinarian to get an accurate diagnosis.

Degenerative Myelopathy is NOT Painful

Dogs with DM can still have a good quality of life for a significant length of time. Eventually, dogs will become unable to bear weight in the back legs and may need a wheelchair to move around. Incontinence will develop and later the front legs become affected.

Not knowing what to expect when your dog has been diagnosed with DM can be scary.  Knowing how to care for your DM dog can be daunting. DM University is a place you can be among others caring for their DM pups. Get ideas, education and support all in one place. Share your story and know you are not alone. Your pup can live a full, quality life while progressing through the stages of DM.

Let me help you! Join this free support and educational group.

Join this 3 day FREE challenge to learn mental stimulation games that require no movement from your pup! Your pup can be “completely down” and still learn new skills like identifying toys and a chin rest. Mental stimulation games will not only fight off boredom, depression and anxiety, but they will make your DM pup light up with happiness! Join us now! 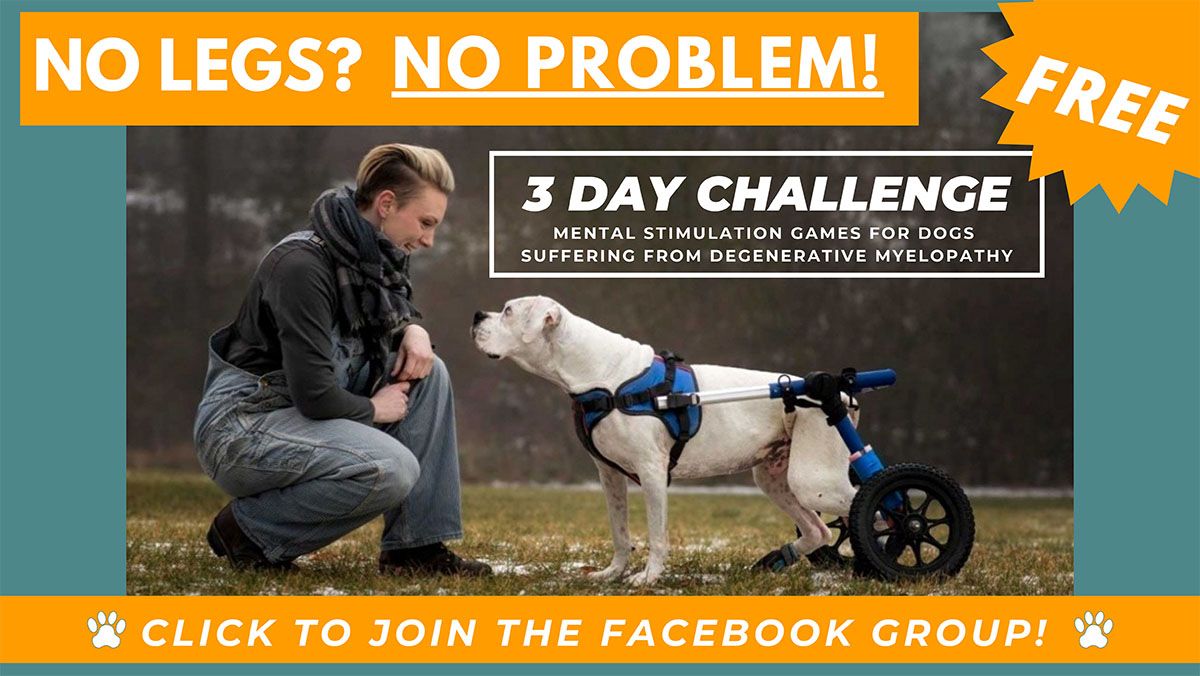